I would like for you all to meet Shelby. This girl is amazing. And I mean, amazing. We were brought together in Houston, Texas last year on the common ground of sarcoma cancer. No, it wasn’t her that was diagnosed, but her fiancé, Issac.

I have so much I could say about this new friend that I have made and what the Swing It Foundation has done for me (and so many others), but I believe it is best told through her writings.

My hope is that you will be encouraged, inspired, and know that if you are in a similar situation, that you are not alone and there is hope for the future regardless of  your circumstances.

Issac and I first met my sophomore year of college, during his junior year.  We graduated in May of 2014. Throughout that last spring semester, he had complained a lot about his back hurting and it continued to get worse to the point where he could barely walk or feel his

legs. About 2 weeks after graduation Issac was diagnosed with cancer (May 26, 2014).

Everything was a bit of a blur from there. They got him started on chemo and radiation right away. In June of 2014 he underwent emergency surgery in an effort to save his legs. He would go on to complete 20+ radiation treatments and 10 cycles of very strong chemo (completed in December 2014).

Meanwhile, I was moving to Arkansas for PT school. I would come home every chance I could.

In October of 2014 I discovered that I had rheumatoid arthritis. As I waited to get in to the new rheumatologist in Arkansas, Issac was having his 2 biggest surgeries. Fortunately, I

was able to be there for his surgeries. February 6, 2015 Issac went into remission for the first time. He still had a long way to go recovery-wise (relearning how to walk, etc.). While I’m dealing with my pain I was still having to help him with a lot of daily tasks and getting him whatever he needed while he was in the hospital.

August of 2015 we received the news that Issac’s cancer was back. He did more chemo which helped some, but not like it had before. Doctors decided to enroll him in a clinical trial.

October 23, 2015 marked the night of one of Issac’s benefits.  A lot of our friends and family were going to be in attendance. Before heading to the benefit, Issac asked me to come by the house. He walked me over to a tree in the back yard that was decorated in fall stuff. He said the sweetest things and then got down on 1 knee and popped the question! For him to be able to get down on 1 knee was a huge deal! I know that was something he had been working on in physical therapy because he would tell me that one of his goals was to be able to get down on one knee and propose. He knew I had wanted my family and friends there and he delivered! He had more surprises throughout the night as some of my best friends came in to town from all over to surprise me! It really was one of the best days. 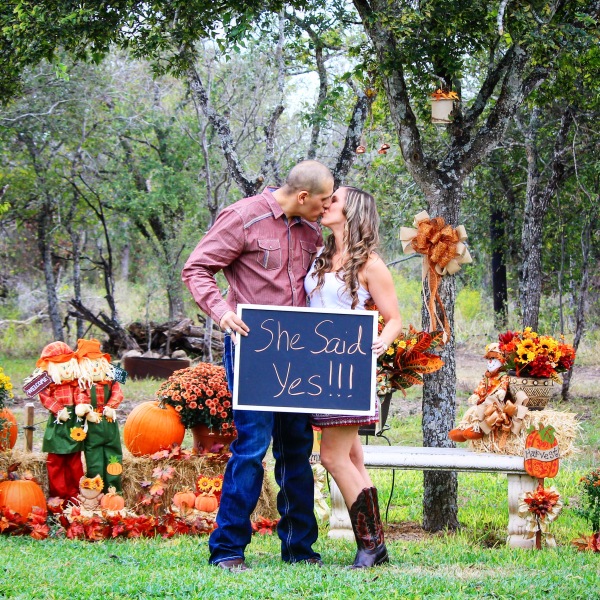 Things were looking up. In December of 2015 we got word that the trial was working, and majority of the tumor had dissolved. Essentially, we were cancer free again!

On February 15, 2016, Issac would end up back in the hospital. The next day (my birthday) was not only the day we buried my grandmother, but it was also the day we found out Issac’s cancer was back yet again and he started chemo for the 3rd time that night.

This time around the chemo and cancer really hit Issac hard. He decided to stop chemo pretty soon and try some other trials. On May 26, 2016 Issac went to heaven, less than a week before I was to go back to Arkansas for school.

How I got through it all

I remember when Issac had just gotten diagnosed he said I could leave if I wanted, that I hadn’t signed up for all of this. I told him, why would I leave in the time when you need someone the most? We would always say we had the best of the worst.

If Issac didn’t have cancer, would we have gotten as close as quickly as we did? Would the

long-distance relationship have worked as well as it did if Issac was working a full-time job in Texas? Cancer was kind of a blessing for us. Issac was able to come visit me at school during his off week from chemo and would spend a week with me. That definitely wouldn’t have happened without cancer. Of course, I didn’t like seeing him go through everything he went through, but it helped that he did everything with a smile on his face.

The biggest thing I kept telling myself was to take things 1 day at a time and don’t waste time worrying about the unknown or things out of my control. Issac was a big planner and had plans A-Z for every situation. That was probably one of his biggest challenges with this journey. There was a lot of unexpected things, many of which were out of our control. Instead we’d focus on the things that we could control and spend time

preparing for the things we were certain of.

School was also a good way to keep my mind off things. I also really enjoy cooking and working out, so those things became a good way for me to de-stress and keep some sanity. Issac and I had talked about this exact scenario of what happened on May 26, 2016 and he insisted that I would go back to school and finish with my friends.

With the help of my family, friends, and professors I was able to catch up and on August 11, 2017 I would graduate with my Doctorate of Physical Therapy.

Issac had a dream to help others who battle sarcoma cancer, so that is what I am doing today. We created the Swing It Foundation in his honor to assist patients battling sarcoma with donations and hand-delivered care packages. We are also in the process of raising 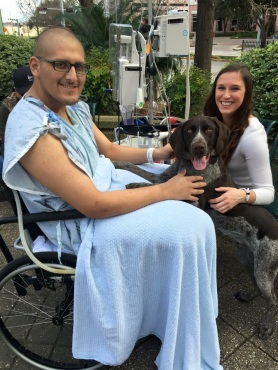 funds for sarcoma cancer research. His dream is now a reality and I love getting to be a part of that.

The verse we have on all the Foundation’s bracelets is Psalm 18:1. When Issac was first diagnosed and still in the hospital in Tyler, a man named Robert Bardin who led FCA at our school, came to visit Issac. He just talked with him, prayed with him, and the first verse he read was Psalms 18:1. It also really stood out to us because Issac’s baseball number was 18, so we felt like that verse was what was going to get us through this new journey we were about to take.

My faith has been a big part of what kept me going through everything. It brought me closer to God and it helped Issac as well. We enjoyed going to church together. Without cancer I wouldn’t be as strong in my faith as I am now. I also got to see Issac change and grow in his faith through this journey which was awesome to be part of.

Shelby, we admire your courage, bravery, and love. You fight for others as you face your own battles in such selfless ways. Thank you for sharing your story with the world and sharing Issac’s heart for others through all that you do. You truly do sparkle.

If you would like to follow, donate, or learn more about the Swing It Foundation, please see their information below:

Please keep this amazing young lady and the foundation in your prayers.

Know someone diagnosed with sarcoma cancer that needs assistance? Want to talk more with Shelby? She would love to hear from you! She has shared her email address to contact her at: shelbymcd@yahoo.com.

Swing It & Sparkle On,
Nicole Body 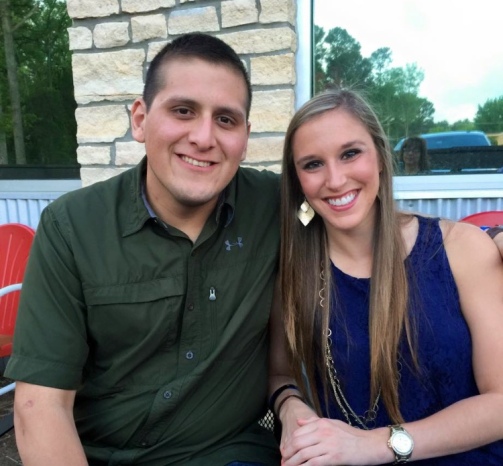 Have a loved one who has faced cancer or who is currently facing cancer? Exhausted as a caregiver and need support and encouragement? Feel invisible as you try to be an individual in addition to being a caregiver? Just need to talk to someone who “gets you”? Please reach out to Shelby or send a message to me at connect@sparklysurvivor.com, because we would love to hear your story, pray with you, and encourage you.

There was an error retrieving images from Instagram. An attempt will be remade in a few minutes.